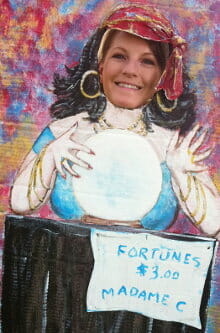 [This is the continuation of a discussion about lottery prediction that originated on my reviews of lottery systems page. It was getting too long there so I’ve brought it over here to a new post for reply]

So Can Lottery Numbers Be Predicted?

We pick up this discussion about prediction with a comment left by Andy. Now, I’m NOT picking on Andy :-), it’s just that his comment is very typical of the way a lot of people think about systems and predicting numbers. So it’s a good comment for me to elaborate on in more detail.

So Andy, like a lot of people, is looking for a system that gives a better way of picking numbers – he’s tried a few, and found they don’t work. So I asked him why he thinks ANY system could pick better lottery numbers?

I’ll reply to Andy’s specific points as we go, hopefully that will make easier reading:-

Hi LG
I disagree with your opinion about the selection of lotto numbers.
I think lotto numbers can be predicted if we have a good system or strategy.

OK – but I wouldn’t describe it as my opinion. 🙂 It’s a logical conclusion based on the evidence, i.e. there is no evidence that prediction is possible. It has never been proven.
But I’ll get to why it’s not been proven and what that really means for lottery players shortly.

My opinion about it is as below:
1) I think lotto numbers can be predicted. Indeed lotto is a random chance game but it’s real science too in the view of mathematics. The reason that we have not yet found a good software is we have not yet had enough ability to design it, otherwise, the people who possess such software do not want to share it.

It’s not really about having enough ability, math(s) knowledge or science knowledge – it’s more to do with lottery data and how much we can (or rather can’t) get our hands on.

There is a good example like the Weather Forecast. We have to admit that today’s accuracy of the weather forecast is much better than before. It depends on the progress of contemporary computer science (including the Artificial Intelligence and the Remote Sensing Technology) completely.

This is exactly what I mean by not having enough data. Weather prediction is based on lots of measurements of the current state of play. We can see where weather fronts are now, and know pretty reliably where they are going in the short term based on known factors.

In lottery terms that would be like taking a freeze frame a fraction of a second before a ball is drawn, and using the speed and direction of travel of each ball to attempt to predict which one is about to be drawn.

This is all perfectly scientific and very likely to help a lot. But the problem of course is that nobody is going to let you set up your laser tracking devices in the studio to monitor the lottery draw as it takes place. 🙂

Oh, and the ticket machines have already closed well before the draw started anyway. 🙂

So we will never have that much data to work with.

2) Saying lotto numbers can be predicted means that:

a. The lotto’s ODDS can be reduced down by our tools which include the paper & pen, Excel, software such C++, Java… etc, and even someone’s Mystical methods… The better the tool the lower the odds.

Yes, but sadly just saying it doesn’t make it real.

Theories are fine. But if we can’t prove them then they’re not quite so useful.

And if theories are not based on anything more than a ‘desire’ for it to be true, then they really aren’t useful at all. So there needs to be some ‘reason’ why a prediction theory makes sense in the real world. It’s not enough that it just sounds technical or desirable.

b. The meaning of PREDICTION is that we can win constantly (not each time!) and economically (get a real profit!) by using a system which is really working for lotto. Saying win means various prizes from the lowest to a jackpot.

This goes against the whole design of the game. Lots of people have to ‘lose’ in order for other people to win. (I say ‘lose’ but in my opinion the fun of playing means you never really lose).

So if it were possible to predict the next lottery numbers and win reliably, where would it leave us?

With an economically unviable game is where! That is, the lottery company goes bust because we all make a profit from playing.

Or maybe just the ‘select few’ will know ‘the secret’ and get to enjoy cheating the rest in what has become an unfair game..?

3) A good lotto software should follow the statistical law of randomness and chance in lotto games and replace the functions of the human brain including Statistical Calculation, the Forecast Analysis (similar to Artificial Intelligence), Optimized Feedback, and other operations. 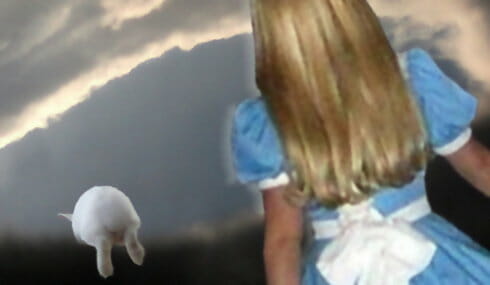 You’re disappearing down the rabbit hole here. The sellers of prediction software want us to believe that all this complex sounding math(s) stuff is the holy grail of predicting the results. But what is it really based on? What statistics or AI have any relevance at all to predicting lottery results?

Fundamentally what mechanism in the real world makes a lottery predictable? I’ll answer this myself shortly (we’re getting there!).

Some software has Statistical Calculation only but cannot make a good Forecast Analysis – like Gail Howard‘s Advantage Plus.

This is exactly my point. These artificial intelligence lottery software and prediction tools genuinely can do ‘clever math(s) stuff’. They can show you all sorts of fascinating data and graphs.

But we need to go back to the ‘why’ again. Why does it make sense to apply that clever math(s).

If they can’t justify why they’re doing what they’re doing, doesn’t that make the forecast/prediction that comes from that data useless?

Or to look it another way, if they also can’t prove their statistical calculation helps then what use is it.

It’s like the Emperors New Clothes. At some point, you have to say, “that guy is freakin’ naked!”. 🙂

Because it’s those statistics that aren’t any use, not the lack of knowing what to do with them.

Some software has so many Filters in which they include too many uncertainties to select like Expert Lotto. As Stan (the owner of Expert Lotto ) said: “The mistakes don’t come from my system, but you cannot select the Filters or the Settings correctly when the members are complaining”. What a real good excuse! In fact NO members, including Stan himself, can get any bigger win by using the Expert Lotto since it was created.

Yeah – those are just weasel words (sorry Stan, not picking on you directly either).

Do you know why they put so many filters and options in their prediction tools? It’s because whether they are a well-meaning seller of lottery software or not, it would be real easy to prove their software doesn’t work if it had nothing more than a ‘predict’ button.

Add lots of clever sounding mathematical tools, filters, levers and dials to create an infinite number of settings. And now it’s just your operator error that you didn’t get the right numbers out.

It’s just an illusion of number prediction (which you have seen through on this occasion).

Sometimes it might look like it works, most of the time it doesn’t. And that sounds an awful lot like plain old random luck, doesn’t it?

How To Predict Lottery Numbers?

You may think by now I’m completely trashing the whole idea of lottery prediction or predicting lottery numbers from past draws. But I’m not.

What I’m trashing is those people selling a lie.

The reality of lottery games is that they are (mostly) just tiny little balls bouncing around a big drum. A mechanical machine built by imperfect humans.

So can that machine be perfectly made such that it is absolutely 100% guaranteed to be random?

The lottery companies are happy that their machines are random enough that we can’t reliably predict anything.

And I’d agree with that, as far as it goes.

So do you want to know how to predict the next lottery numbers?

Well, there’s enough wiggle room here for the possibility that mechanical bias exists within that system/draw machine. It’s likely to be small. So small you could never prove it to any statistical certainty (that ‘not enough data’ problem again).

Which makes it something we can attempt to look for. To try and gain some advantage.

So predicting lottery numbers from past draws is not completely wacky. It’s never going to turn any lottery game into a regular income. But that’s not the point – what we should all realistically be looking for are ways to maximise our chances of winning. And this can be part of that.

Before this post turns into a book length essay, I’ll end it here by saying two things.

Firstly, it’s worth remembering that the lottery company do not want a predictable game. Because they need to run a fair and unpredictable game to ensure their continuing profits. There’s also the small matter of an unfair game being illegal…

So anything that looks predictable or non-random to their experts is going to trigger an instant full-scale internal audit.

Which does make it pretty unrealistic to expect that plugging a few formulas into an Excel spreadsheet could ever ‘beat the lottery’.

And secondly, there is no solid evidence to prove that lottery games can be predicted (the bias would never be that big – if it could be proven they would close the game down or change the machinery!).

The world is full of genuinely brilliant scientific, engineering and mathematical minds who have not won the lottery. Food for thought?