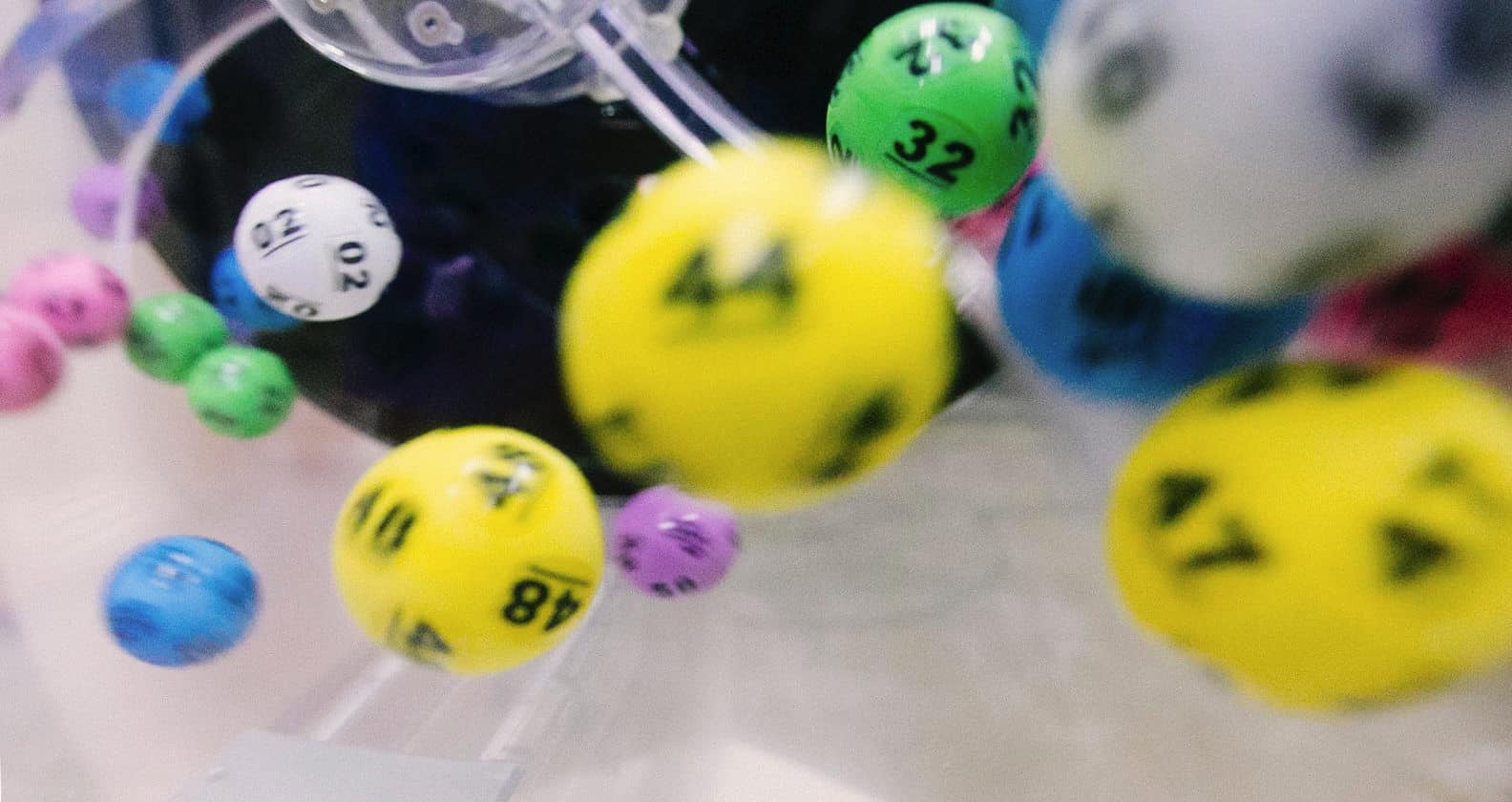 If you’re new to playing the lottery or just want a refresher on how it all works, then this is for you.

Here I’m going to cover what lottery games are, how they work and how to play them.

So let’s get started.

What Is A Lottery?

A lottery is a game where numbers are randomly drawn and prizes can be won. The ticket prices are normally very low and the potential reward is very high. Which is what makes lottery games attractive – where else can you turn $1 into millions of dollars.

Playing the lottery has become a very popular pastime for many people – a survey by Gallup showed that 49% of American adults had played the state lottery within the last year. So you’re in very good company, where typically half of any countries population plays at least occasionally.

It is still a form of gambling of course, but is generally considered much more accepted due to the low ticket prices involved.

Where Did The Lottery Originate From?

Lotteries have not been around very long. There are older references in early Chinese and Roman history, but these were more like raffles than lotteries.

Games that actually look a bit like our modern lotteries first appeared in the 15th century. There’s a record from May 9, 1445 about a one-off game to raise funds to build fortifications for the town Écluse in the Netherlands. Tickets were sold and you could win a cash prize – the profits went to the defense project.

But it was in 15th century Genoa, Italy where a regular Lotto game began. It started out only twice per year because it was based on the names of council members being drawn. Five names were drawn at random from a pool of ninety candidates to become the elected councillors. A process that happened every 6 months. It proved so popular that they switched out the names for numbers and so the modern day lottery game was created.

Modern lotteries that we know and love are much newer even than that. The first US Government lottery only started in Puerto Rico in 1934, so even the oldest US lottery company is less than 100 years old. The UK didn’t have a national lottery until 1994.

How Do Modern Lottery Draws Work?

Pretty much every lottery game in the world works the same way. A series of random numbers are drawn from a larger pool of numbers. With one of the most popular formats being 6 numbers drawn from a pool of 49 numbers (often referred to as a 6 from 49, or 6/49, lottery game).

Before the draw takes place you have to guess which numbers you think will be drawn. Although a lot of science and logic can be applied to picking lottery numbers, superstition and myth often takes over.

How Do You Win?

All of the numbers must come from the same line/set of numbers. You can play as many sets of numbers as you like – but each one is a separate entry even if it appears on the same ticket. So it doesn’t matter if you match 3 numbers on one line and 3 on another line, that doesn’t mean you matches all 6. You need to match all 6 on the same line.

What Can You Win?

Lottery prizes range from just $1 or a free ticket right up to hundreds of millions of dollars.

Each game will have a range of different prizes (or ‘prize tiers’) though. The more numbers you get right the bigger the prize.

Largest Jackpot In The World?

The world’s biggest ever jackpot was $1.586 billion (before tax). This was won on the US Powerball on 13 January 2016. It was shared between 3 different winners.

How Are Winning Lottery Numbers Picked?

It varies from game to game, but there are two ways numbers are drawn.

Firstly we have the traditional ‘ball based’ draws. These are still fairly common but are becoming rarer. Mainly because they are expensive to run.

The machines themselves vary in design, but all work in the same general way. The balls are loaded into tubes in numeric order. The machine is started up and a paddle or spinner starts to rotate. The balls are dropped into the main drum, and get bounced around and mixed up. Then one by one a ball is removed. It’s all done automatically without anyone touching the machine itself.

The second way numbers are picked is by using a computer based lottery draw machine. These computer generated draws are becoming the more common way to manage lottery games. Mainly because it’s cheaper.

Computer draws do use a pretty standard PC. But with some extra highly specialised hardware. This extra hardware is the Random Number Generator itself. They rely on things like radioactive decay, or photons of light bouncing off mirrors. Or in other words, physical events that are easily as random as balls bouncing around in a drum, and probably a lot more so.

People tend to trust ball based draws more. But in reality, there is so much security, checking, and auditing around both types of draw, you really can trust them both.

Unless tin foil happens to be your favourite type of hat material.

Most Popular Lottery Games In The World

The most popular games are usually the ones with the biggest prizes. These tend to get the most money spent on advertising, and tend to grab the headlines when the jackpots very large.

So you’ve probably already heard of games like Mega Millions. Powerball and EuroMillions.

What these games have in common are that they are all extremely difficult to win. The jackpot odds are very tough. That means the jackpot prize doesn’t get won very often, so week after week they keep adding more money to it. The jackpot gets huge, everyone goes crazy and they sell a ton of tickets. Then it all starts over again.

That doesn’t however make these games the best ones to play!

The odds of winning a lottery game depend on how many numbers are drawn and the size of the pool of numbers they are drawn from.

Odds can get very tricky to understand. Particularly if you’re looking at games that appear to be quite similar. Is a 5 numbers from 55 game easier or harder to win than 6 numbers from 45..? (it’s actually easier – the odds of the 5 from 55 game are actually more than twice as good)

Calculating odds is not easy. You need to know about a branch of math(s) called probability and various formulas.

Or the easy and reliable way is to simply check your lottery companies website. They all publish tables of odds for each game. Although some make it harder to find than others so you might have to dig a bit to find them in the small print (look for game procedures or terms). The tables of odds will normally also tell you the chances of winning each prize tier, from the jackpot right down to the lowest prize.

The scratch-off tickets are often called lottery tickets too but they aren’t the same kind of game at all. You don’t get to pick numbers, and instead scratch off panels to reveal symbols. But they can be a lot of fun to play too.

The simplest scratchers games just involve matching against a set of prize symbols, e.g. scratch 3 cherries and win a $1,000.

But there are also all sorts of games and branded tickets that are much more complicated, and even have multiple games within one ticket.

The prizes can be just as big as for the draw based lottery games. But you’ll need to buy the more expensive tickets to get a chance at the bigger prizes.

Whatever game you play the claims process for winnings is the same. Although it varies a bit between states and countries.

For smaller prizes (normally a couple of hundred or less) you can just claim at any outlet that sells lottery tickets. They will check your ticket and hand over cash for the prize. Or if you played online then the amount will just get automatically credited to your account.

Slightly larger prizes you may still be able to claim in cash from larger outlets. Or you may have to go to a lottery office.

Large prizes and jackpots you will have to put in a claim with the lottery company. They then have a claims process they need to go through to make sure everything is above board (that you are who you say you are, that the ticket is genuine etc). Once that’s complete then they’ll just pay the whole amount into your bank account and you can start buying cars and booking holidays 🙂

In some countries, most notably the USA, jackpot prizes are ‘before tax’ and may also be an ‘annuity’ amount. So the prize you actually get will depend on the tax rates for your state, and if you want to be paid out a lump sum now or if you don’t mind being paid an amount each year. But they’ll guide you through this process.