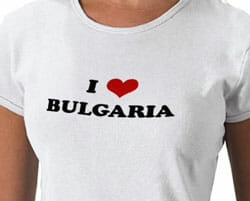 Just when you need reality to back up your facts. I thank you Bulgaria 🙂

Every day I see another crazy claim about how certain results can never happen on the lottery. Or how you can avoid unlikely combinations, and other such total rubbish.

Well stick this story in your pipe and smoke it all you sellers of those crazy lottery systems!

Then, the very next draw on 10th September exactly the same repeat numbers were drawn again!

But the draw was live on Bulgarian TV. And it wasn’t one of those computer based draws, it was a normal lottery draw machine with balls tumbling around in a drum.

So did Derrren Brown fix the result? Is it some mass conspiracy to undermine trust in the Bulgarian lottery? Have aliens landed and taken over Bulgaria?

No. No. And probably not.

So How Can This Happen?

Let’s flip the question and look at it this way.

If it was impossible for the previous numbers to be drawn again, would that be a truly random lottery draw?

If number 4 was less likely to come out because it appeared last time, would that really be random?

The truth is that it’s perfectly normal for things like this to happen when something is behaving randomly.

You can read more about just this kind of thing in have the lottery numbers ever repeated.

It is theoretically possible there is something very wrong with the set of balls used. But a lot of checks and measures would have to fail for that to be the case.

Yes, Svilen  Neykov (Sports Minister) was right to order a review. But don’t be at all surprised to learn the review finds nothing at all out of the ordinary.

What Can We Take Away From This?

If you look hard enough for patterns in past results, you will find them. But analysing past results will not help you magically predict the winning lottery numbers – no matter how good at maths you are, or how big your spreadsheet is.

(If you enjoy analysing lottery results and playing around with spreadsheets, that’s cool with me. I quite like a spreadsheet myself. But please try and avoid jumping to the wrong conclusion and making claims that simply aren’t true.)

UPDATE: The lottery commission concluded their investigation and found no evidence of fraud or manipulation, and no wrongdoing. Surprise!