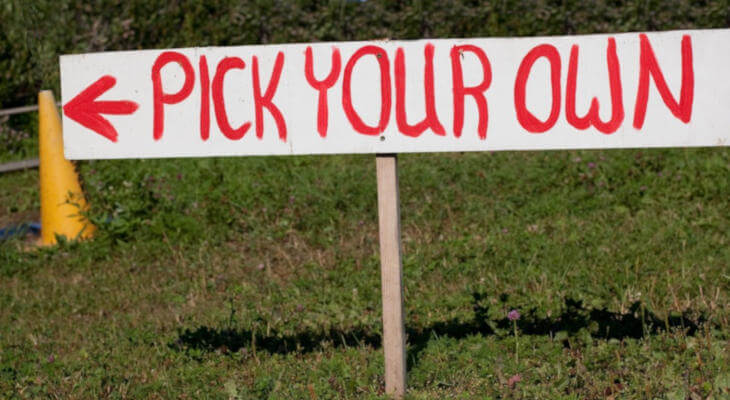 What are the odds of winning the lottery with quick picks? Are quick picks better than picking your own numbers?

[Q] “I’m worried about a computer randomly picking numbers for me. What are the odds of using quick pick selections rather than hand picking?”

A quick pick is where the lottery machine randomly chooses the number for you. So you have two random events going on, the selection of your numbers AND the lottery draw itself. Which in pure mathematical terms* makes no difference whatsoever!

Whether you like pulling numbers out of a washing machine full of numbered ping pong balls, picking ages of your favourite family members, or counting how many times your horse taps his foot – your chances of winning the lottery are just as good as everybody elses (again, in pure maths terms*).

So use quick picks if you like as they really aren’t that bad. There is however the possibility that the computer gives you a set of ‘popular numbers’ – which means you are more likely to share a jackpot with multiple other winners if you do win it. But more on that in my free tips course.

This caveat is added because this question was originally just supposed to address those people thinking in terms of the maths involved (for multiple random events happening). That didn’t really cover things properly for those wanting to know if a hand picked set of numbers can be better somehow.

Lottery draw machines are (mostly) mechanical devices. They are designed to be ‘random enough’. Because making something truly perfectly random is not only extremely difficult. It’s also pretty much impossible to prove you achieved it!

Think about it – how many test draws do you need to run to prove with 100% certainty that a lottery draw machine is ‘perfectly random’?

We’re talking about games with many millions of combinations here. So it rapidly becomes impractical to even run enough tests. Even if you could run one test per minute, just 1 million test draws would take nearly TWO YEARS (that’s running 24 hours a day)!

And 1 million draws is nowhere near enough to prove this anyway. Even 100 times that (um, 200 years now!) is only starting to become useful, and nowhere near proving it 100% for certain.

There’s also another problem with running tests. If you run millions of tests on a machine, think of the wear and tear on that machine, and the lottery balls. It’s going to break before you prove what you need to prove! So it will need maintaining and repairing as you go. But if you change something in your test, doesn’t that invalidate your test? So technically you would need to start over again wouldn’t you?

All of which means – lottery machines are NOT perfect. The lottery companies consider them to be ‘random enough’. But this does, technically, leave some wiggle room. It is in theory possible (perhaps even likely) that mechanical bias exists. Whether that it is big enough to be trackable and therefore useful is a whole different story of course.

So What Is Better, Quick Pick Or Picking Numbers?

Well, it means that picking your own numbers can be better. If you are picking the right way and for the right reasons.

But there is an awful lot of misleading and bad advice out there on how to pick your numbers. So are quick picks better than picking numbers using terrible advice – quite possibly!

So be careful which advice you choose to trust folks.