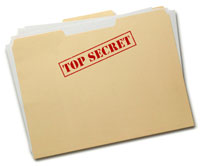 We all want to know the secrets to winning the lottery, right?

But like all the best secrets, the real lottery secrets are right there, hidden in plain view.

Yes, you can do stuff to greatly improve your chances of winning. But no, it's never going to be "push a button in some magic software and win the lottery".

Please don't suckered by that BS :-)

Here's What I Mean

Deep down I think we all realise that nobody can reliably predict lottery numbers. It's just not possible. I've seen endless crazy maths and lottery systems over the years, and some truly wacky Excel spreadsheets.

But none of it can overcome the fact that the lottery is just balls bouncing around in a plastic bubble. And those balls do not remember what happened last week. Each draw is unique, and random enough that you can't just click the button in some software and hit the jackpot.

It's just not that simple.

Think about it for a moment. If ANYONE could reliably predict lottery results, it would PROVE the lottery game was NOT random enough! And do you realise how much legal trouble the operators would be in for running an unfair lottery? It has NEVER happened.

But What About The 7 Times Lottery Winner - What's His Secret?

Richard Lustig did win 7 times - that bit is a genuine fact.

But most of those 'big wins' were pretty darn small (you can see a list of Lustig's wins here). Would you count a holiday valued at $3,594 as a jackpot or a major lottery prize? Sure it's a nice little win, but it's no 'grand prize' is it?

A few more quick facts about the headline stealing Mr Lustig... all 7 of his wins in total only add up to just over $1 Million before tax (there are new lottery winners every week winning far more than that!). And the only one of those which I would call a proper jackpot was won in 2002. And he didn't win anything after 2010.

He also would never reveal how much he spent on lottery tickets. And never explained why that 8th prize never happened. Despite then spending 8 years selling his books and lottery systems.

Unfortunately his advice was seriously flawed. He was often called out on it, but could never explain why he thought he was right. Personally I don't think he lied - he just didn't know what he was talking about.

His 'method' was basically never change your lottery numbers (wrong) and never miss a lottery drawing (wrong). Then he got in with a bunch of online marketing people who sold junk software and books under his name at crazy prices. Some are even still being sold even though Richard died in 2018.

So What Can You Really Do To Improve Your Chances

What you can do is greatly improve the chances of that being you.

Nobody can pick the winning numbers all the time. We know that. But if you can settle for improving your odds of winning being the best that can be done in the real world - then a) you won't get ripped off by dodgy lottery systems, and b) you'll be putting your energy into something that actually works and may then win big.

Here's How You Can Get Started

(Note: there's just not enough space to explain these in detail here, so I'm just going to give you the quick and dirty version - I explain everything better in my lottery tips which you can get for free)

That's it. If anything didn't make sense get in touch or grab my free lottery tips course which will help explain a lot more.