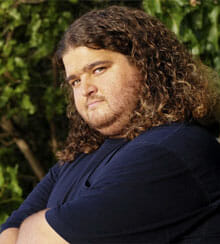 The ‘Lost’ numbers are a set of numbers made significant by cropping up in various guises throughout the series. But most significantly appearing in an episode called ‘Numbers’ in the 1st season of the show back in 2005. The numbers 4, 8, 15, 16, 23 and 42 win a jackpot in a flashback sequence for character Hurley.

Now the problem is that ‘Lost’ was hugely popular. That one episode alone was seen when broadcast by 18.8 million people in the US alone.

Now, not all of those people necessarily played the ‘Lost’ numbers but given that a 3+1 match on Mega Millions typically pays out around 3,000 people – it seems there’s a lot of dumb people out there!

Because if the ‘Lost’ numbers ever hit the jackpot, you can expect to be sharing the prize with around 20,000 other ‘lucky’ winners.

On the other hand, those with a little more originality shared the jackpot of $380 Million… between the two of them!

The ‘Lost’ obsessives would be looking at a life changing sum of around $19,000 each.