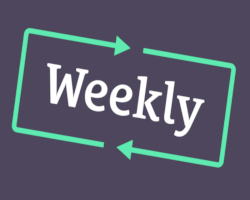 If you play every week then your chances of winning are better. But in a moment I’ll get to a very useful tip to improve your chances by doing something you won’t have thought of!

Anybody that tries to claim that playing once gives you a better chance than playing 100 times is clearly short of a few decimal points 😉 . But the funny thing about questions like these, is that a more accurate answer depends on exactly what you are asking. But that’s maths for you, it doesn’t do vague very well.

[Sidenote: if your question is really are the odds of winning the lottery better if you play the same numbers? <- read this instead]

So what are your odds if you play every week? I’m going to answer this question by actually answering a slightly different question that is essentially the same thing (stick with me, we’ll get there).

Are My Chances Of Winning Better If I Play Less Often..?

[A] Your figures are not quite right. If you play once a week for 4 weeks the probability is not 4-in-13 million, it’s actually slightly less than that.

Think of it this way. If you played the lottery once a week for 13 million weeks, would you be guaranteed 100% for certain to win the jackpot? The answer is – no. Because you still only have a 1-in-13 million chance in EACH draw. So it’s perfectly possible to play 13 million times and never hit the jackpot. Fact 🙂

Alternatively if you played 13 million lines in one single game, you would definitely win. Because all the combinations are covered.

If you think in terms of dice it’s much easier to get your head around. If the prize is $1 million – which would you rather bet on:-

Lottery draws are independent events, as the result of this weeks draw is not changed by last weeks draw.

An example of a dependent event would be drawing cards from a deck of cards without replacing them. The odds depend on what happened before. When you first draw a card your chances are 1-in-52 of getting the Ace of Hearts. But when you draw again things have now changed. Now there are only 51 cards in the deck. So your chances improve to 1-in-51.

With a lottery game the number of balls is the same every time. So the draws are independent and the odds for each draw do not change.

[Sidenote: your overall odds are a different thing, as that involves calculating multiple events, not just a single event.]

So what you actually need to calculate are these 4 possible outcomes, and add them together:-

Technically you would also be interested in adding the chances of winning in more than 1 draw too (i.e. lose, lose, win, win etc), but it doesn’t make much difference to your chances (just to your bank balance!).

TIP: The Boost Your Chances Of Winning Bit!

The bottom line is that your chances are marginally better if you play the same total number of entries but play them in less draws.

For example, if you normally play 10 combinations in 2 draws every week. And you switch to playing 20 combinations in just 1 draw instead. That costs you exactly the same money, but your overall chances of winning are now better than they were.

So for no extra cost you can get a better chance of winning. This effect is greater the larger your number of entries.